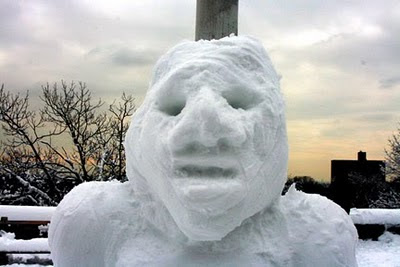 More beautiful snowmen. From Fort Tryon Park in Manhattan by Roy Kushner. He has a link to obtain framed copies of his photos. Here's his story on his great snow sculpture;

"As I was building the snowman, many passersby stopped to take photos of me and each other next to it. The snowman seemed to attract smiles and provoke words of encouragement as I worked methodically in the cold snow under the low gray sky. 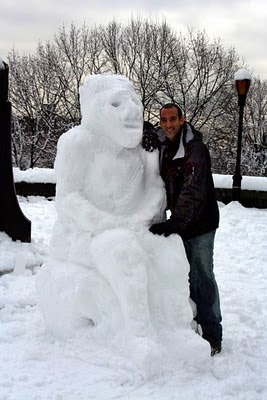 "People wanted to be near the snowman, to touch it, and to ask questions about it. It was as if the snowman took on a kind of small social significance during its construction - its “afterlife’ in the days that followed I was not privy to. However, when visiting the snowman with my family later that Saturday, I noticed that someone had made a small valentine-shaped heart and put it on the snowman’s lap." 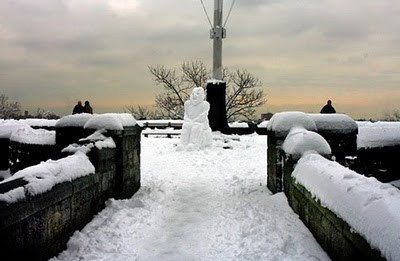 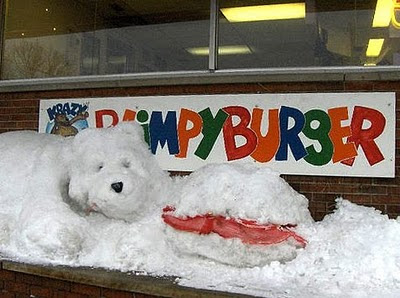 Here an older photo of a polar bear from Blimpy Burger from my friend Patty of Open Salon. 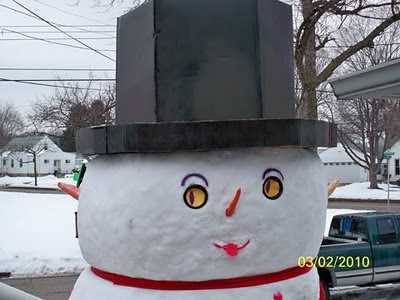 From Chris this amazing two-faced snowman that took him 16 hours over a period of 4 days. 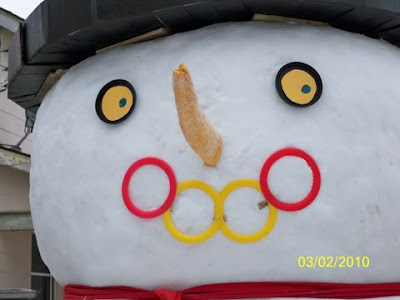 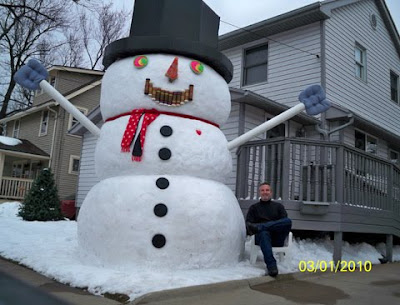 Snowman with it's creator Chris.

Thanks everyone!
Bob
Posted by Snowman Expert at 8:51 PM