Today's Snowman will continue it's usual news day shortly – I just finished ten radio interviews within 24 hours ranging from all corners of North America from Edmonton to Southern California to Florida to Montreal and points further north in Canada. Above is exactly how I feel!
Posted by Snowman Expert at 10:01 PM

A Sneak Peek Inside The History of the Snowman: From the Ice Age to the Flea Market

A longer musical preview can be found here. If you're a bookstore and want a 8-min. looping movie for your window display, please contact me.

Introduction The Search for the First Snowman

Chapter One The Age of Expansion The Twenty-first Century

Chapter Nine The Revolution of 1870 The Snowman’s French Roll

Chapter Ten Made in America The Snow Angel of 1856

Chapter Eighteen The Ice Age Who Came First, the Caveman or the Snowman?

'Twas the Night Before Christmas 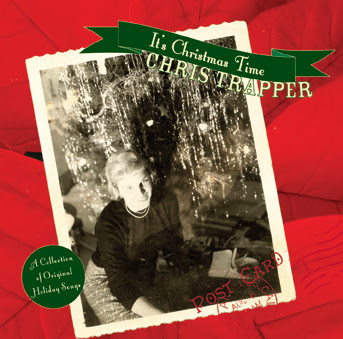 Chris Trapper is a talented musician and really nice guy I met on The Joey Reynolds radio
show and he has a fantastic new Christmas CD out called It's Christmas Time. Here's a sample.

Lenore Skenazy is someone else I met recently through my book – very funny and scary talented. She has a hysterical Christmas songbook out called The Dysfunctional Family Christmas Songbook. There's a great sampling of her music, also at here.

Tired of the holidays and actually need snowman break? If it's just funny you want I recommend my favorite show, The Jeannie Tate Show.
Posted by Snowman Expert at 10:17 AM

In the Meadow We Will Make a Snowman...

Today's Snowman might have given the wrong impression that the snowman is only a hot item with contemporary artists in England but we've received a couple of beautiful pieces of art straight from Chelsea from readers (although, unfortunately, they came without proper credit – if anyone can please forward that info so I can give credit were credit is due, I'd appreciate it).

Special thanks to Christine, owner of a very cool bookstore, WORD of Greenpoint, Brooklyn where a good time was had by all last Tuesday night. I've been getting requests for signed copies and I know many have told me their local store is currently out of The History of the Snowman, but WORD has signed copies in stock, will ship orders if need be (call 718-383-0096 or info@wordbrooklyn.com) and if you buy a copy from them I will personally send you a free copy of The History of the Snowman poster, a fine addition to anyone's den or library. Just give Christine your snail mail address at time of your purchase.

One more snowman masterpiece for the road...

...and the feature on CBS Sunday Morning with Charles Osgood was bumped to Dec. 30th.
Posted by Snowman Expert at 7:16 PM

LONDON – The newspaper The Guardian Unlimited just asked England's top artists to reinvent the snowman and came up with the following results.

In my slide-show talks I've been explaining that one motivation for writing my book was to find the dark side of the snowman and turn him on his head...like what David Shrigley did here. In his own words, "A few years ago I went to St. Moritz in Switzerland. I decided to build a non-conformist snowman. When the art collector who owned the hotel saw it he became very excited that I had created an artwork in the grounds of his hotel. I had to explain that it was not an artwork - it was just a snowman. It’s an easy mistake to make." Just a snowman? Mistake?!? I have problems with this quote.

Keith Tyson, artist of this frozen blockhead: "Snowmen are the first way in which children come across the idea of human vanitas and impernanence. We live under the myth that if we produce things, they’re going to last. When in fact, everything we make is like a snowman – it’s all going to melt in the sun eventually. This sculpture, on the other hand, is built to last. It’s made of glass-fibre polycarbonate painted to look like real snow." Now that's an artist statement: thought-provoking, overstated and chock-full of words I can only guess what they mean.

Meanwhile, I meet with England's GaydarNation.com, the number one gay website on the web and discussed Frosty, the holidays and my sexual orientation.

GaydarNation: I believe there’s a section in the book about gay snowmen! Tell us more…

Bob Eckstein: Well, I explored whether or not Hans Christian Andersen’s Snowman is gay, something some scholars conclude (probably due partly in the fact that Andersen wrote two novels before his fame of his first collection, Fairy Tales, which contained homoerotic scenes – but, unfortunately, not with snowmen).

Anyhoo, I’m pretty sure from my research that this is not the case as The Snowman was hot for what he thought was a woman. Hans Christian Andersen himself, I’m convinced, was bisexual if not asexual. An argument can be made that his stories were a reflection of rejection and frustration.

Actually, the snowman’s first kiss took place sixteen years earlier when Andersen wrote The Snow Queen, about a northern femme fatale made of ice - a parody of and a retort to the Swedish singer Jenny Lind, the object of his affections who wouldn’t give him the time of day.

In a nutshell, the story of The Snow Queen is about man’s lifelong quest for validation by women and the pain of unreciprocated love. All familiar ground for men. All very familiar ground for Andersen. Needless to say, we know from the recent merciless exposing of Andersen’s frank diary that he didn’t “close the deal” with anyone besides himself. He had so fabulously struck out with the ladies that it seems he simply expanded his dating pool to men to hedge his bets.

There was recently an obscure off-Broadway play of a gay theme called Snowman but there the snowman was in name only and not an actual snowman.
More...
Posted by Snowman Expert at 5:22 PM

NEW YORK : Author of the book, The History of the Snowman will be on live on the Joey Reynolds show on 710 WOR New York City 1 am and repeated at 5 am, Monday night/Tuesday morning. (earlier in the day he appeared on shock jock Mancow Show in Chicago)
Posted by Snowman Expert at 10:02 PM 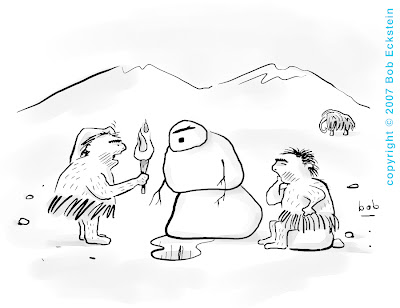 Sorry faithful readers. A small media blitz has kept Today's Snowman stagnant for a couple of days. (Charles Osgood interviewed me for a feature which will air December 23rd on CBS Sunday Morning. Today, Friday, there will be a little spot on NY1, which can also be seen on demand on channel 1110 or on NY1.com. I will also be interviewed today by NPR Fordham University, NY Times and Gaydar.com. Saturday I will be speaking in Honesdale, PA (details on right hand side of page) and Sunday I will be featured in The Toronto Star. To hear interviews I just did with NPR Albany and NPR The Bryant Park Project just click the links. We will return to our normal snowman broadcast soon. Thanks for your patience.)
Posted by Snowman Expert at 11:59 PM

Snowman Amusement Park in the Works

MAALSELV, NORWAY – A small town in Norway's far north hopes to become the "snowman capital of the world" as it seeks a share of the lucrative tourism boom in the Arctic by building a snowman amusement park, organizers said.

The project is still in the early stages but will likely feature a snowman theme park "inspired by the Disney parks", a snow hotel, and open air activities across northern Norway's yet-to-be-determined [sic]. A group of peeved investors in Maalselv, a town of 6600 inhabitants located far above the Arctic Circle, decided there's no point in building infra-structure anymore and are hell-bent to compete with that annoying town, Rovaniemi, in neighboring Finland, home of the very popular Santa Claus' Village.

"The snowman is the authentic and natural character that you associate with winter. Santa Claus is a vulgar, commercial and plastic figure who is not recommendable for children," the project's mastermind Even Hegbom said. "The starting point is better here: we have spectacular landscapes, we're close to the fjords and the sea and high snowy mountains, while Finland's forests and piddily mountains are somewhat less impressive," he laughingly said.

Maalselv aims to make northern Norway a top tourist attraction in the region, outdoing Finnish Lapland which each year draws hundreds of thousands of tourists from around the world who don't know better, including many Europeans — Britons, Danes, Germans and French — who occasionally make a one-day return trip to meet Santa Claus. The cost of the project was not disclosed but experts predict it would cost "an arm and a leg" with the projected plans expected to take at least 15 years to see the light of day, providing global warming is a hoax.

"The Finns made a mistake by positioning themselves on a market that only works a few weeks a year. We want to be operational year round," Hegbom said smugly.

Norwegian airport authorities have already begun the process of changing the name of the local Bardufoss airport to "Snowman International Airport," he added. The Maalselv Welfare Center is proposing a similar name change, minus the airport part.
Posted by Snowman Expert at 9:39 PM

This Day in Snowman History

DECEMBER 7th, 1968 – Renown Dutch astronomer, Gart Westerhout (on right) has historic meeting with a snowman. Mr. Westerhout inquired where was the best place to eat in town (College Park, Maryland). Photo submitted by friend & NYPL librarian, David Smith (whose quote appears on the back cover of The History of the Snowman book).
Posted by Snowman Expert at 5:15 PM 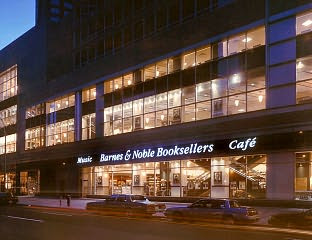 Please come on down and bring your loved ones. A 25 min slide-show, which is guaranteed to enhance the reading of The History of the Snowman, is followed by a Q&A and then a signing. First hundred attendees get a wooden snowman book mark. Thank you.

(By the way, in the morning I'll be appearing on The Bryant Park Project on NPR around 8:30 - 9am. I'll be interviewed by NY1 later in the day and the B&N book event will be filmed by CBS Sunday Morning.)
Posted by Snowman Expert at 5:31 PM