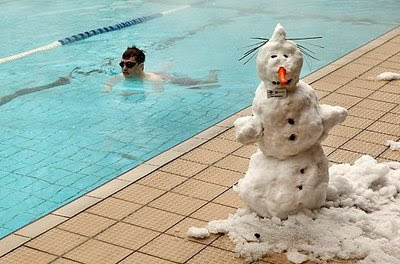 Well, it's time to parade out the next group of amazing snowmen and it's no surprise that, with the recent snow storms in Great Britain, this round is dominated by English snowmen. Tell your friends, call the family, woke up the dog...it's time to vote for the next snowman of the month. Vote by clicking on your snowman on the poll on the right of this post. Without further ado... 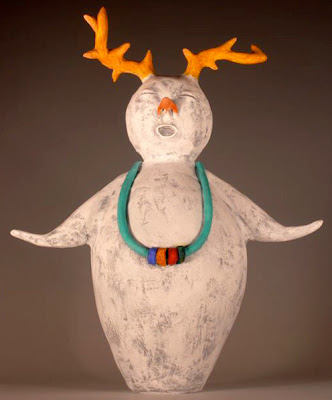 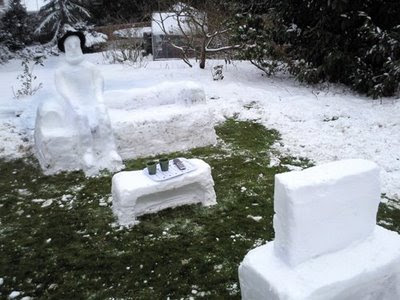 2) Watching the BBC From Nick Thomas of Birmingham, England. From the two cups, obviously there was a second snowman that got up from the show. 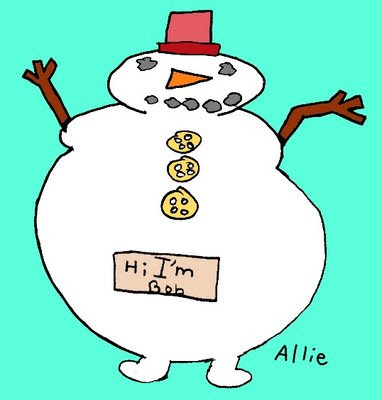 3) Snowman Drawing This beautiful drawing was made by a beautiful little girl named Allie from Sutton, Massuschusetts. 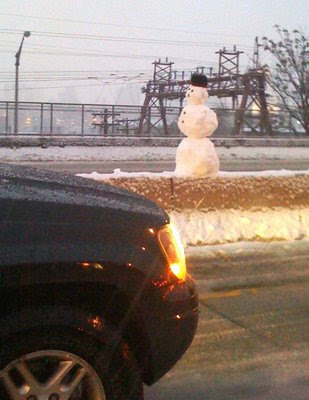 4) Spotted on Rt. 280 "I was driving home on an snowy day in January from Jersey City to West Orange, NJ." From Diane Letulle who runs the amazing popular blog Wine Lover's Journal. How did that snowman emerge on the island between lanes of highway traffic?

5) Snowstorm in Toronto this lovely photo and snowman is by Hans Havermann of Toronto, Canada. 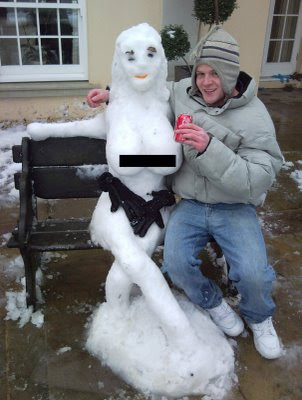 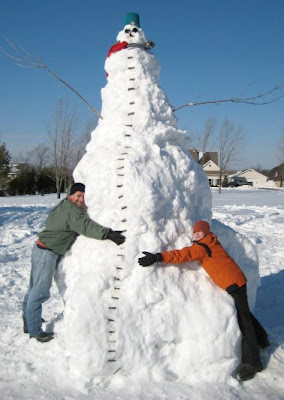 7) Lockport Snowman I'll let Jason tell the back story to this snowman; "We had just got done with a tackle football game and decided we were going to build the biggest snowman we could. The weather was just perfect for rolling up some snow. We started with 4 base balls that were each 5 feet tall. The town we built this in was Lockport, NY." 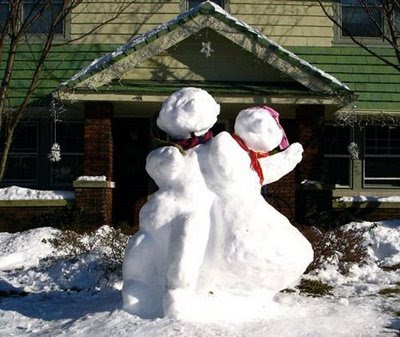 9) Dancin' Snowmen was made by Deborah Villarreal, principal of the award-winning film studio Screen D'Or Pictures who writes, "It was an enchanted snow fall in Montclair, NJ. I started building your regular '3 rounds' snowman when these 2 emerged!" 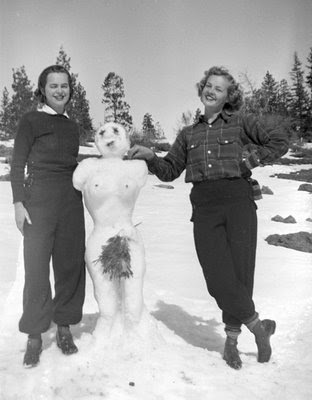 10) Vintage SnowWoman Submitted by Debbie Kogan of Soquel, California; "My husband David...found this snow-woman made by his Aunt Lucille (an artist, now deceased). The photo was taken in the early 1940’s we think."
Posted by Snowman Expert at 3:28 PM