More from the Snowman Collection 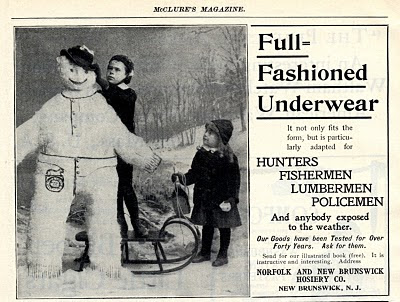 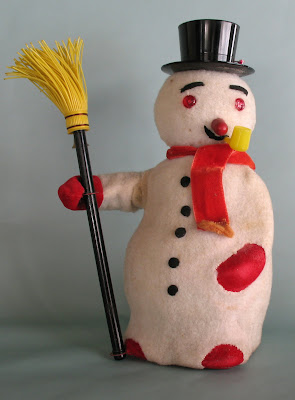 This guys runs on batteries–his nose lights up, he swivels, and air puffs a Styrofoam ball out of his top-hat. He does other things but I'll leave it at that. 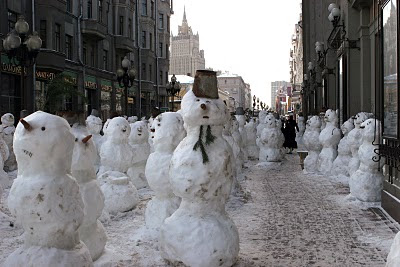 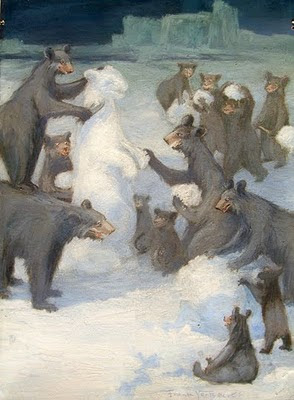 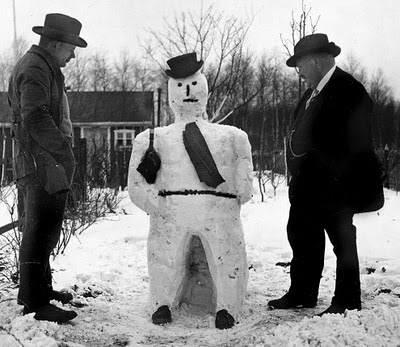 From a time when snowmen could hold a political office. 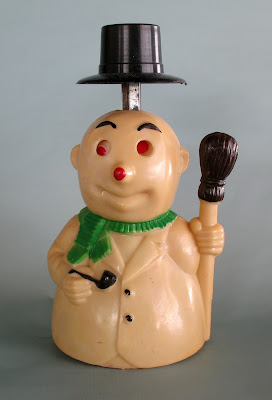 This guy moves pretty fast after wound up with his hat going up and down. 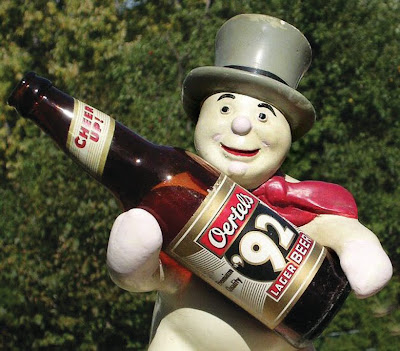 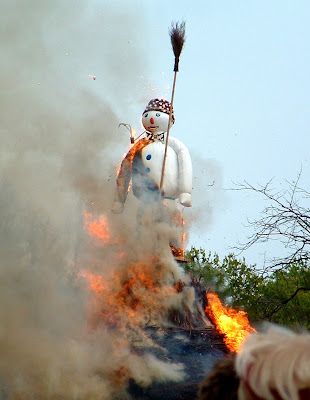 Zurich, Switzerland. For centuries every year the Swiss celebrate the festival of Sechseläuten to celebrate the arrival of spring by blowing up a snowman who on this day, is the evil symbol of winter. The parade lasts a few days and is the largest and most colorful of its kind in Europe with thousands of marchers, over 30 brass-bands, 50 horses, and one Böögg. The Böögg is always the grand marshal and a crucial part of the festivities since he is filled with dynamite. It’s a sacred ritual that dates back to the Middle Ages and remains one of the more interesting ways I can think of to usher in spring. Depending how long it takes for the Böögg to combust, determines what type of summer lies ahead. 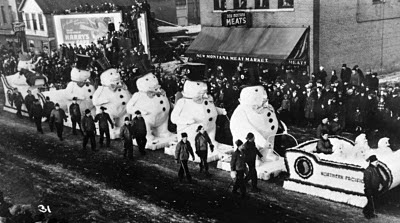 Photo from the St. Paul Winter Sports Carnival in 1940, a time when snowmen really ruled the holidays.
Posted by Snowman Expert at 2:36 PM