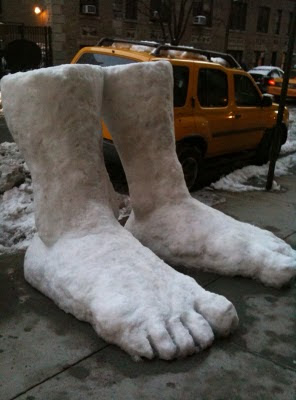 Here's a round-up of great snowmen from the past week. With the snowstorms in the Mid-Atlantic I've been tied up doing interviews and press junkets...so I'm a little behind. 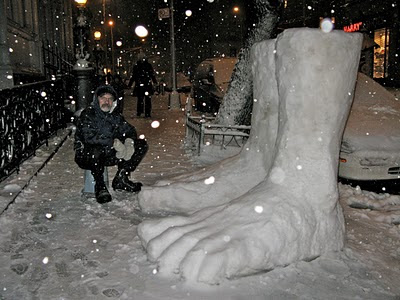 This genius piece was produced by artist G Augustine Lynas. 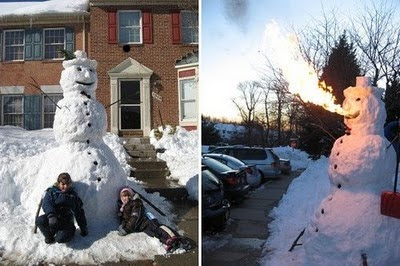 From writer Lonnie Lazar this fire breathing snowman I kid you not. As reported by The Baltimore Sun, Nick and Anna Berte of Bel Air, Maryland built a giant snowman and rigged it with a flamethrower inside! 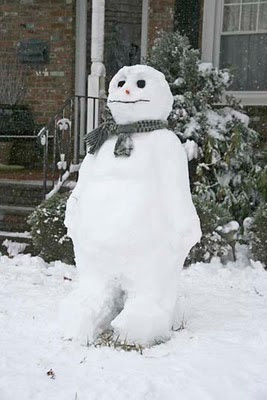 Great photos from renown illustrator Larry Roibal of a snowman with a large asset. Check out his cool website to see his Sarah Palin palm portrait! 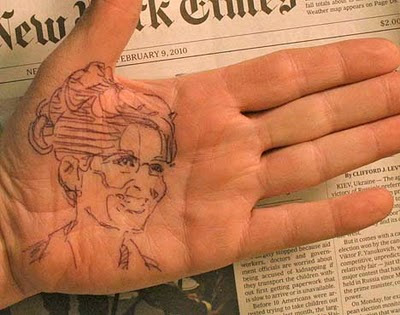 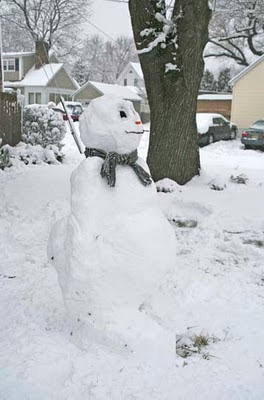 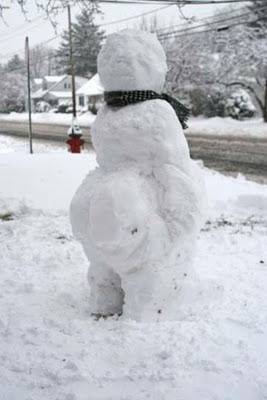 Didn't see that coming. Thanks, Larry! 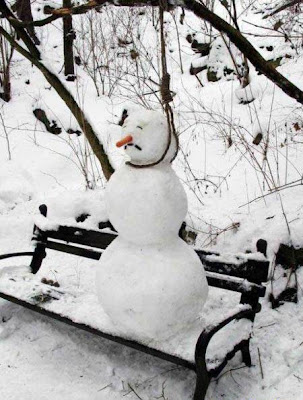 Michael Angelo told me this is how you know you've had enough of winter. 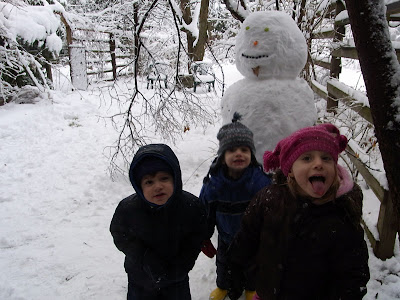 This family shoot comes from a friend Augie. It was his kid's first snowman! That's gotta be exciting. 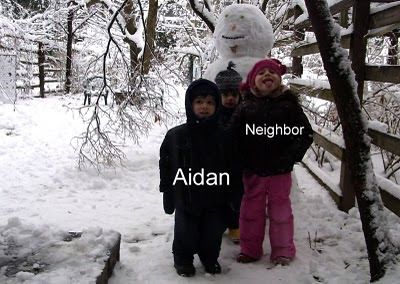 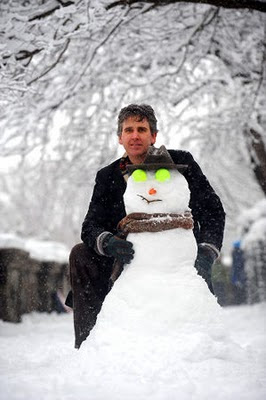 Finally this is me from a recent photo thing. If I didn't know myself I'd say the guy in the photo is a complete tool. There's just no way of pulling off this snowman expert gig and being cool. This was for the upcoming feature in The Daily News and it's at The Cloisters. Photo by Bob Sabo at The News.
Posted by Snowman Expert at 8:26 PM