There seems to be an obscene snowman in
Union County, South Carolina
As reported on msnbc.com January 13th - A Union County deputy
responded to a complaint about an obscene snowman, and despite
disagreeing with the deputy, the snowman maker eventually agreed
to remove the offending body parts. 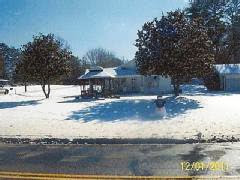 A deputy spoke to the 45-year-old man who lives on Buffalo
Westsprings Highway about the dyed-pink, male genitals on
the snowman in his yard.

According to the police report, the man told the deputy that
the snowman was on his private property, so he believed he could
display the snowman with the pink parts left in place.

The deputy told the man he could either remove the genitals or
be charged if he refused. The man said he disagreed, but he removed
the offending parts from the snowman to avoid arrest.