Spring is coming, but some snowmen are Growing!

Giant Snowman Shows Up in Washington State...
The weather is warming up on the east coast, but the snowmen
are still very large out west!
as reported by SUSAN WYATT / KING 5 News
http://www.king5.com/news/Giant-snowman-shows-up-in-Darrington-yard-117248858.html 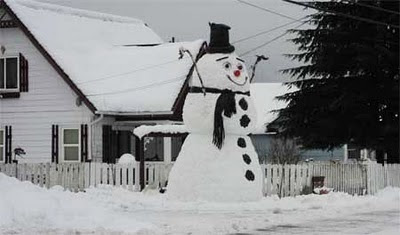 [photo by Kirristi Trickett © 2011 ]
Residents of Darrington, Washington were delighted to find a huge snowman
in the front yard of a home. The snowman, with a rope for a mouth and pie-tin eyes,
stands at least 15 feet tall.

Kirristi Trickett snapped a photo of his son Aiden to illustrate the enormity of
the jolly giant. "The eyes light up at night," she said. 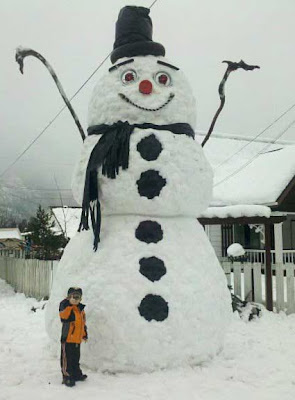 Aiden Trickett with his snowman [photo by Kirristi Trickett © 2011 ] 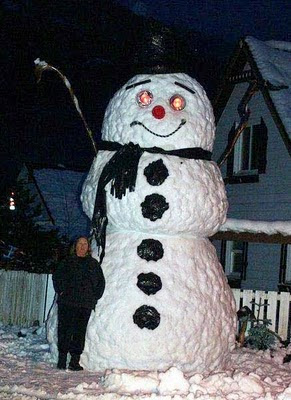 [photo by Kirristi Trickett © 2011 ]
Darrington, about 75 miles north of Seattle, was buried under
four feet of snow in recent storms.

Posted by Snowman Expert at 6:46 PM