Here's the Last of the April's Snowmen 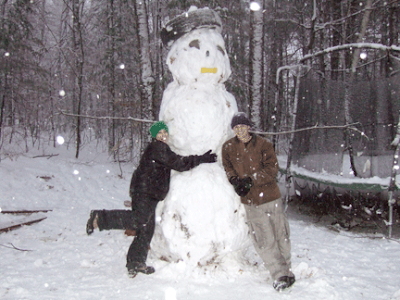 First up is Tirehead! Alicia Snowden (left) submitted this snowman made one evening in the middle of a snow storm by her husband Jeremy and younger brother Jesse (they were actually going to jump on the trampoleine in the background but decided to build a snowman instead). The photo is by sister Jaci. That's a plastic play-phone for the mouth and a real tire used for a hat! (Apologies to the whole family for the delay getting their snowman into competition. This snowman has been ready to go for awhile now – I'm sending out some snowman posters for the inconvenience!) 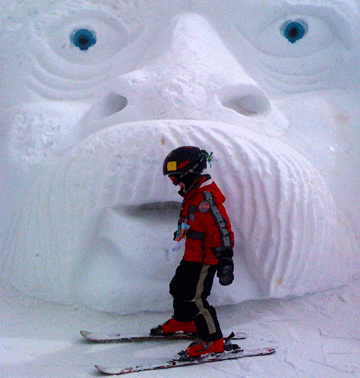 Abominable Snowman is entered by one of the finest directors today, Ed Nachtrieb, who produced the hilarious short Pitch Season. A vote for this snowman is a vote for quality cinema. 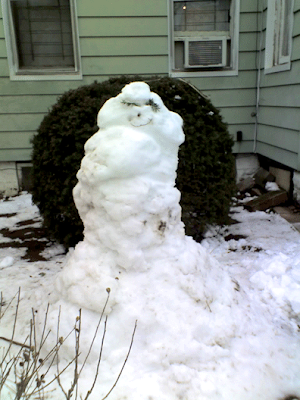