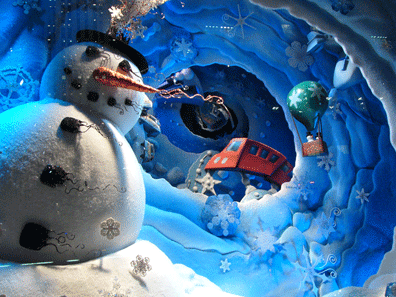 Not to be confused with Stuff White People Like, a popular blog which I think is much to do about nothing (ugh, book deals, Kurt Andersen stamp of approval, blah, blah, blah) and borderline racist. Conversely, I present White Stuff People Like.

1. Snowmen. (In a South Florida mall, Gary Hume from The History of the Snowman is one of the featured artists displaying his Back of a Snowman, a 10-foot tall enamel on bronze, installed outdoors amid tropical palm trees.
2. Cool-Whip. If my family is any indication (they put it on everything three meals a day), this dessert topping is the bomb.
3. White powder. Most every American is addicted to some form of unhealthy white powder whether it be, white flour, sugar, cocaine or some other drug.
4. Snowmen, yes, again. Free range, free standing, Up-standing, Upright, but not up tight, snowmen!
5. Ice Cream. One of the world's most popular foods, the most popular flavor is, you guessed it, vanilla.
6. Milk. In all it's variations, cow, goat, almond, soy, rice, coconut, mother's...white beverage is one of the most popular things in the world, not to mention cheese, which I think is made from milk.
7. White balls. Golf balls, baseballs, soccer balls, snowballs...all make the world go round.
8. Paper. The world changed when paper was invented and white paper has been by far the most popular color. Pink is the least.
9. Moon. Who doesn't like the moon? I think without it we wouldn't have gravity or something. Don't hold me to that.
10. Polar bears. Our generation's endangered Duck-billed Platypus.
Posted by Snowman Expert at 11:25 AM