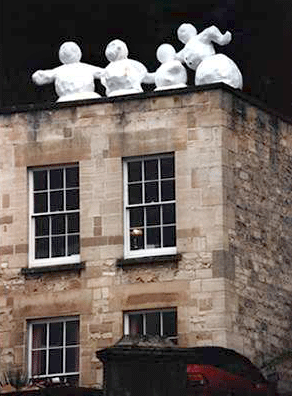 Suicide snowmen in Atlanta after the forecast of a warm week. After a three hour stand-off, police successfully talked the jumpers down.

ALASKA – This is the saddest part of the year as the snowman officially becomes an endangered species. Today's Snowman has received reports across the country of horrific measures of snowmen taking matters into their own hands. These include a fluffy snowman in Montreal using a tanning bed and in Vancover comes the story of a snowman eating soup. 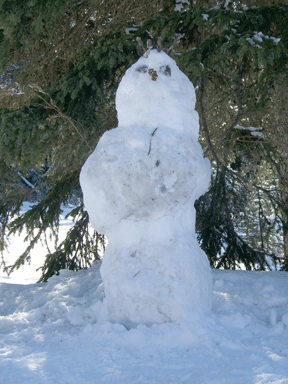 Janet Gattenby sent in this snowman from what looks like the last big snow fall in her hometown of Kenai, Alaska. Stay strong everyone.
Posted by Snowman Expert at 11:08 AM