UK Guardian Series: Weatherwatch
Weatherwatch: A History of Making Snowmen
(and of course the Snowman Expert has something to say
on this subject) 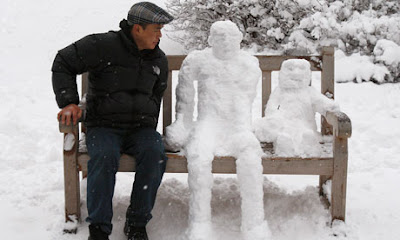 Where did the idea of making snowmen come from, and who did it first?

Snow has blanketed the UK for much of December, and, for the more child-like of us,
building a snowman became an essential task. But where did the idea of making
snowmen come from, and who did it first?

You can find out this answer and more in the story in the UK Guardian on-line.

A Snowman Greeting from Holland.
Thank you Dorothe S. who sent us this wonderful photo of her snowman
from Holland. 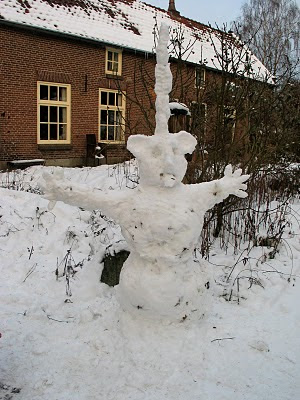 Photograph: Dorothe Swinkels 2010
This snowman was made by Dorothe's grandchildren and their father
outside their home.
Thanks so much for sending this for the blog!
Posted by Snowman Expert at 12:38 PM